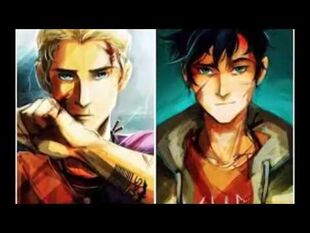 Lightning Thieves is my Percy Jackson Fandom story based on the concept of what the world would be like if the gods didn't have differing Greek and Roman forms.  When reading the books, it never made sense to me how the gods had two distinct forms based on their ancient roots, but not on their more recent homes.  In the books, Chiron described it as them taking on the personalities of their host cultures, and that they still did that in modern day.  Zeus likes reality tv, apparently, because he now lives in America.

Yet, if they did the same thing in Rome, then why are their Roman forms so distinct?  Shouldn't it just be the personality of another place that they once lived? What? Will they suddenly start having an American aspect because they lived here?  It didn't make sense to divide them the way Riordan did, so I changed it.

That led me to realize that I wanted to retell the story with Jason as a major character.  I like him, and I think he adds an interesting dynamic to the story that wasn't there previously.

Community content is available under CC-BY-SA unless otherwise noted.
Advertisement